This article is based on software version 3.6.0.5

Successive single scans are aligned automatically or manually, based on the common areas or markers to generate a complete scanned data set.

The add-on Industrial Pack is dedicated to this mode. It includes a tripod and a turntable. Perfect for scanning objects fitting the 150 mm diameter turntable.

The Color Pack add-on can also be used in this mode and is compatible with the Industrial Pack. 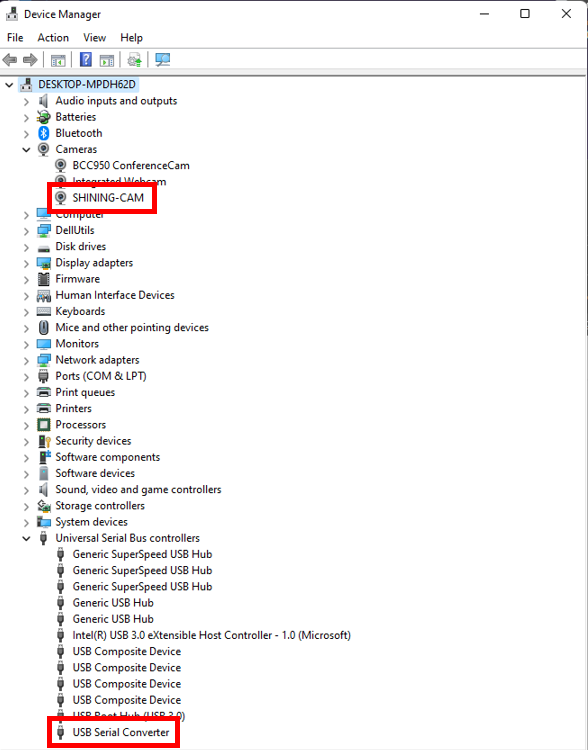 Launch the EXScan Pro software and calibrate the scanner.

Extend the legs first and leave the centre column for later adjustment. Make sure to unsecure the joint's fastenings before moving them. Do not force the articulations. Likewise secure them after setting the proper position.

Afterwards screw the spherical joint on top of the tripod.

Once the tripod is steady, take the mount adaptor and screw it under the scanner's bracket.

Mount the scanner's bracket on the spherical joint by placing the adaptor properly.

Make sure the fastenings are closed. The next step is placing the scanner on the tripod.

Place the scanner horizontally on the scanner bracket. Make sure the add-on port is kept facing up. Introduce first the front of the scanner and afterwards push it gently downwards.

Launch the EXScan Pro software and select the Fixed Scan mode. Create a new project in the desired path and name it.

You will be asked whether you to scan with or without textures. If you select 'Texture Scan' you will need to have the Color Pack connected. In this example we will select a 'Non-texture Scan'.

Once the Fixed Scan work has been created, we can adjust the distance between the scanner and the area to be scanned.

In this case, we are setting the EinScan Pro 2X at the optimal distance from the centre of the turntable, which is 400 mm.

The distance between the scanner and the area to be scanned depends on the scanner model. A summary can be found in the following table:

In case you don't want to use a tape measure every time, you can check if the projected cross is clearly seen on the surface to be scanned. If it is blurry, you might need to move your setup. The picture below shows, from left to right, the projected cross at a too close distance, optimal distance and too far distance.

Another way to make sure that the object is at the optimal distance is taking a look to the video feed from the software. Adjust the distance until the cross is inside the central box. The picture below shows, from left to right, the projected cross at a too close distance, optimal distance and too far distance.

When the proper distance between the object and the scanner surface has been set, the cameras brightness is to be adapted.

The correct brightness setting will depend on the lighting in the environment and the texture of the object.

Use the slider to adjust the brightness sensitivity to its suitable value.

The level should be set according to the following illustration: read means overexposed, black is underexposed. White or light grey indicates a proper brightness adjustment.

To scan an object with high contrasting texture, such as something white and black, use HDR. Each single scan will take longer to capture.

The brightness slider will be greyed out if HDR is enabled.

7. Selecting the alignment mode and scanning

In this section different objects are scanned. Each of them requires a different alignment mode to be successfully scanned in the most efficient way. 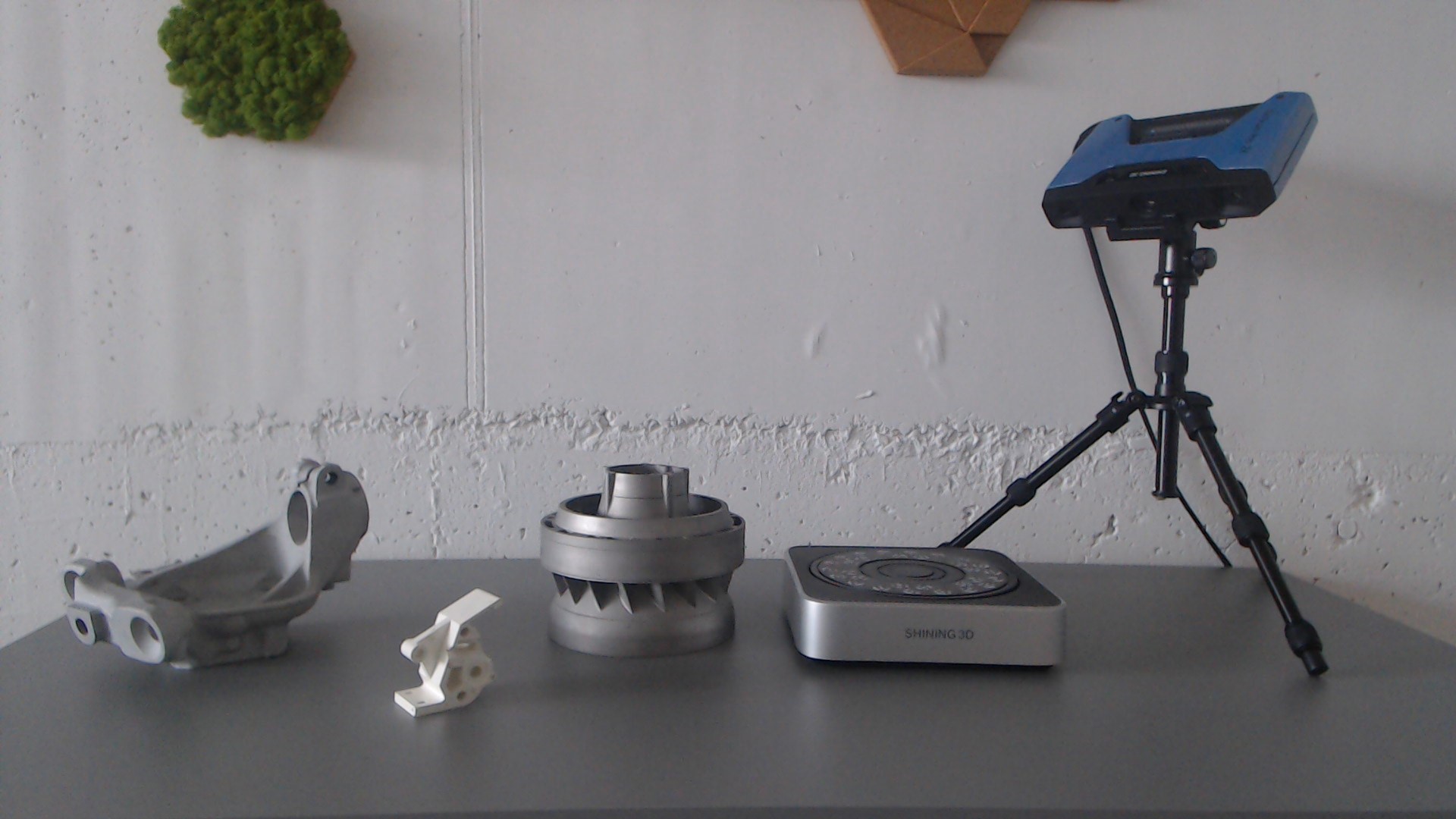 A small object is placed on the turntable. The object does not cover the Turntable Coded Targets, so they remain detectable by the scanner cameras.

This way, the software makes use of the Coded Targets from the turntable to align each shot of scanned data.

If the object covers the Turntable Coded Targets, the scan fails at detecting them. Therefore, no scan will take place. This behaviour can be observed below:

In such case, another alignment mode has to be selected.

If the part has enough asymmetric geometrical features, using the Features alignment mode might result in an efficient way to scan the object.

At the beginning of the scan, a test takes place. The object is scanned from three different positions to verify it has enough geometrical features to perform the scan. If the result is positive, the scan proceeds. The data from the three steps test is also included within the scanned data. If the result is negative, the scan is cancelled.

In such case, another alignment mode has to be selected.

The software can recognize markers, which when stuck on the object in a random layout, are used to align the scanned data.

When using markers, ensure that the scanner is able to see at least 4 of them at each shot. They need to be stuck in a random layout. Following patterns might lead to data misalignments.