Two types of mesh are available: the Watertight and the Unwatertight mesh.

In a Watertight mesh, every hole is filled automatically. The software does a polygonization, i.e. adds triangles, based on the scanned data. The holes are filled up based on the surrounding data.

This kind of mesh is suitable for 3D Printing or Virtual Reality.

In an Unwatertight mesh, the model remains open. The software connects points within a certain distance, without filling the holes.

This kind of data is suitable for Reverse Engineering, Inspection or further editing.

This article intends to show the different results obtained when meshing with the different available options, for a better understanding of the differences between them.

The scanned data used is the gearbox from the picture below. 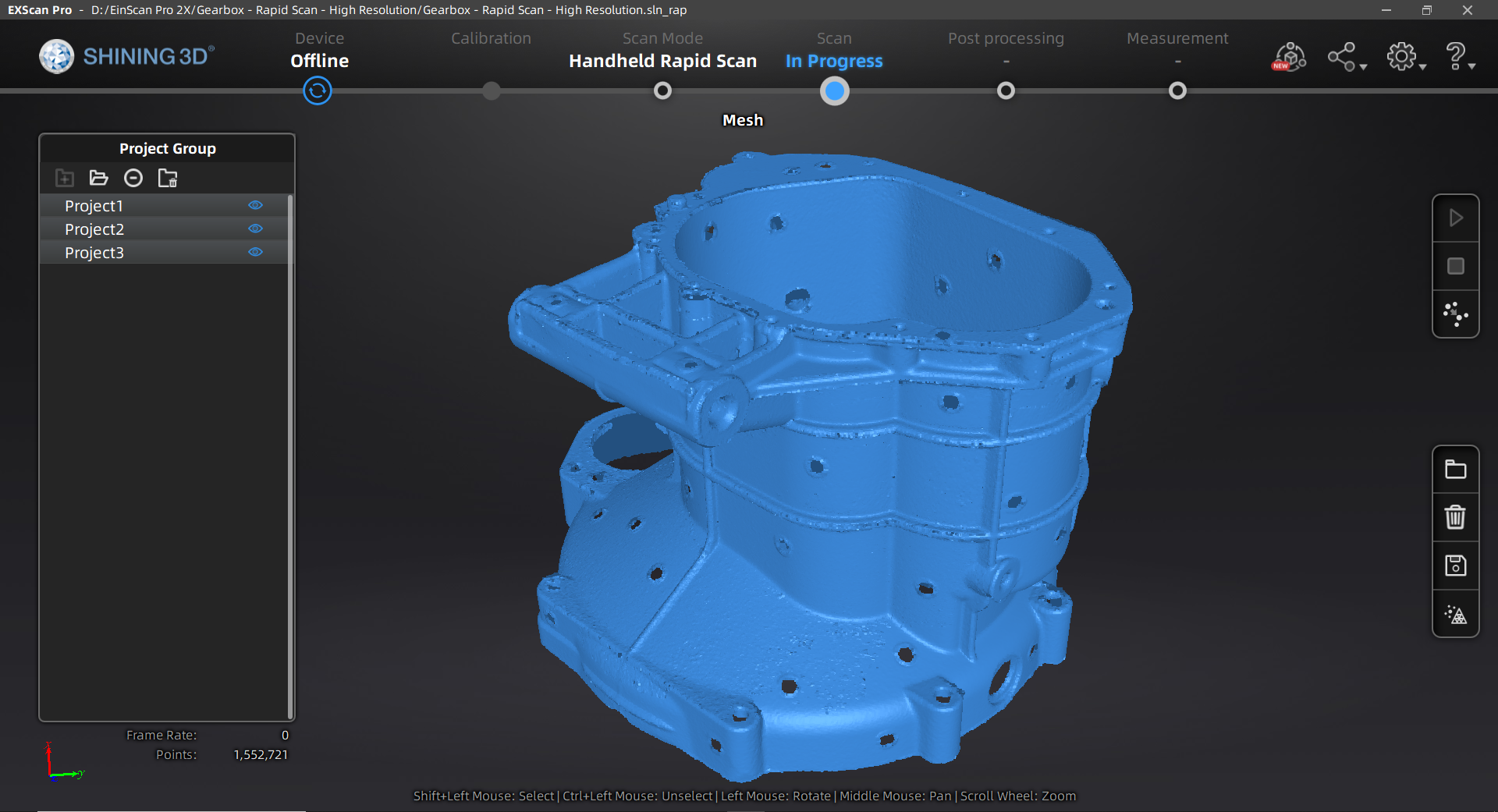 Only one side of the gearbox was scanned. Therefore there is no data from the bottom of the part, as can be observed in the following image. 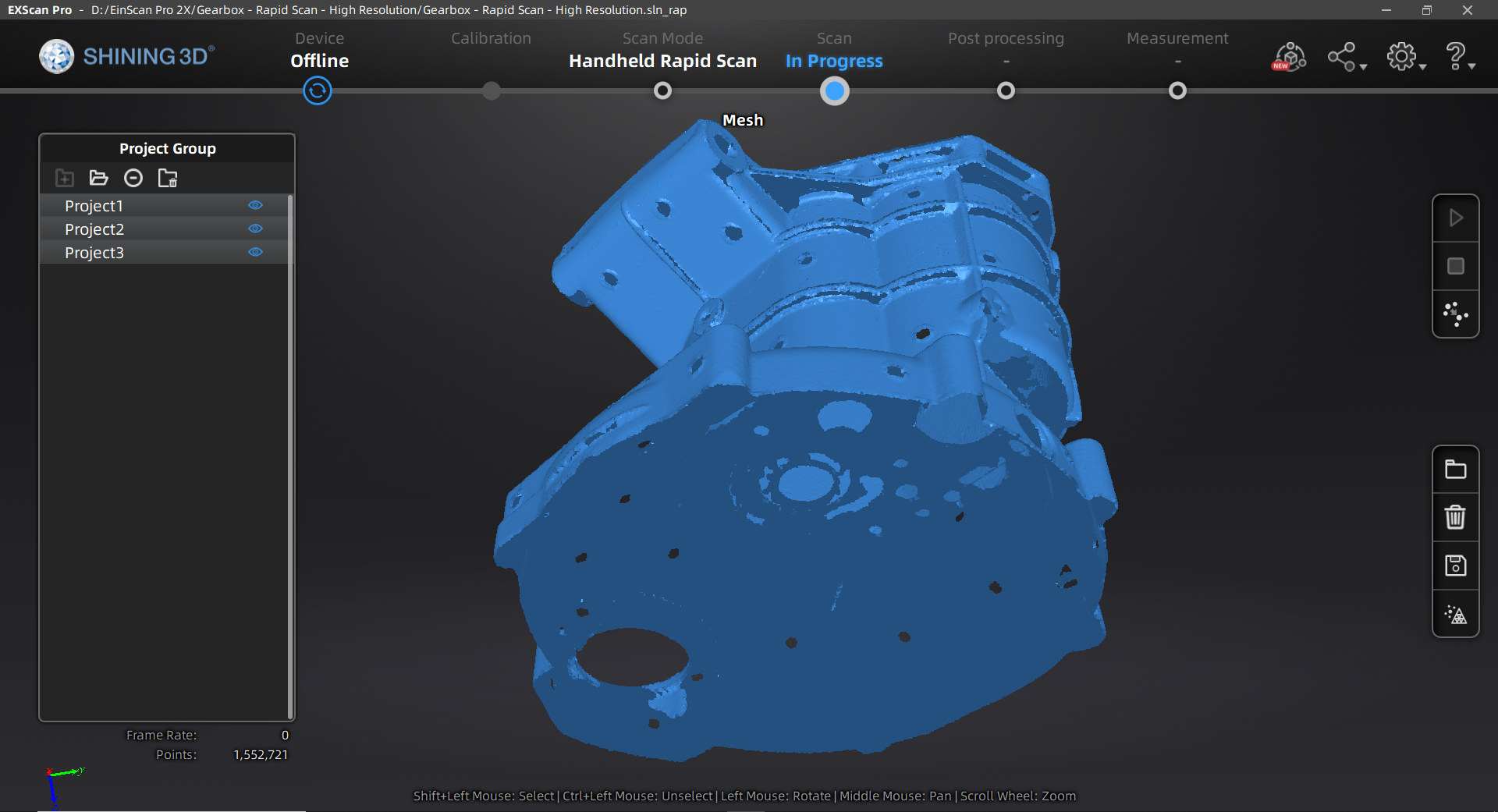 Once the Point Cloud has been generated, the scanned data can be meshed.

Moreover, a checkbox for Data optimization is presented. 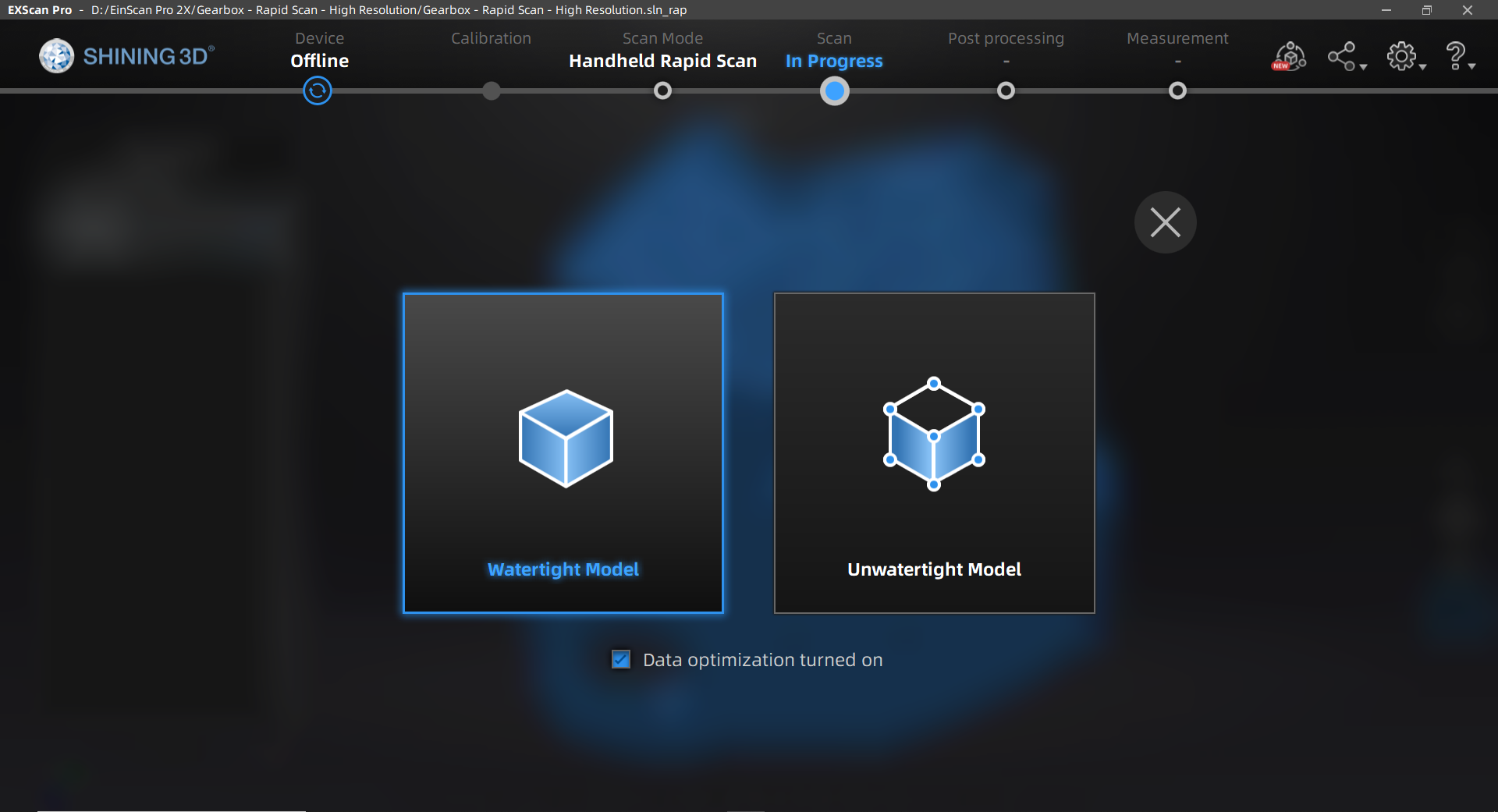 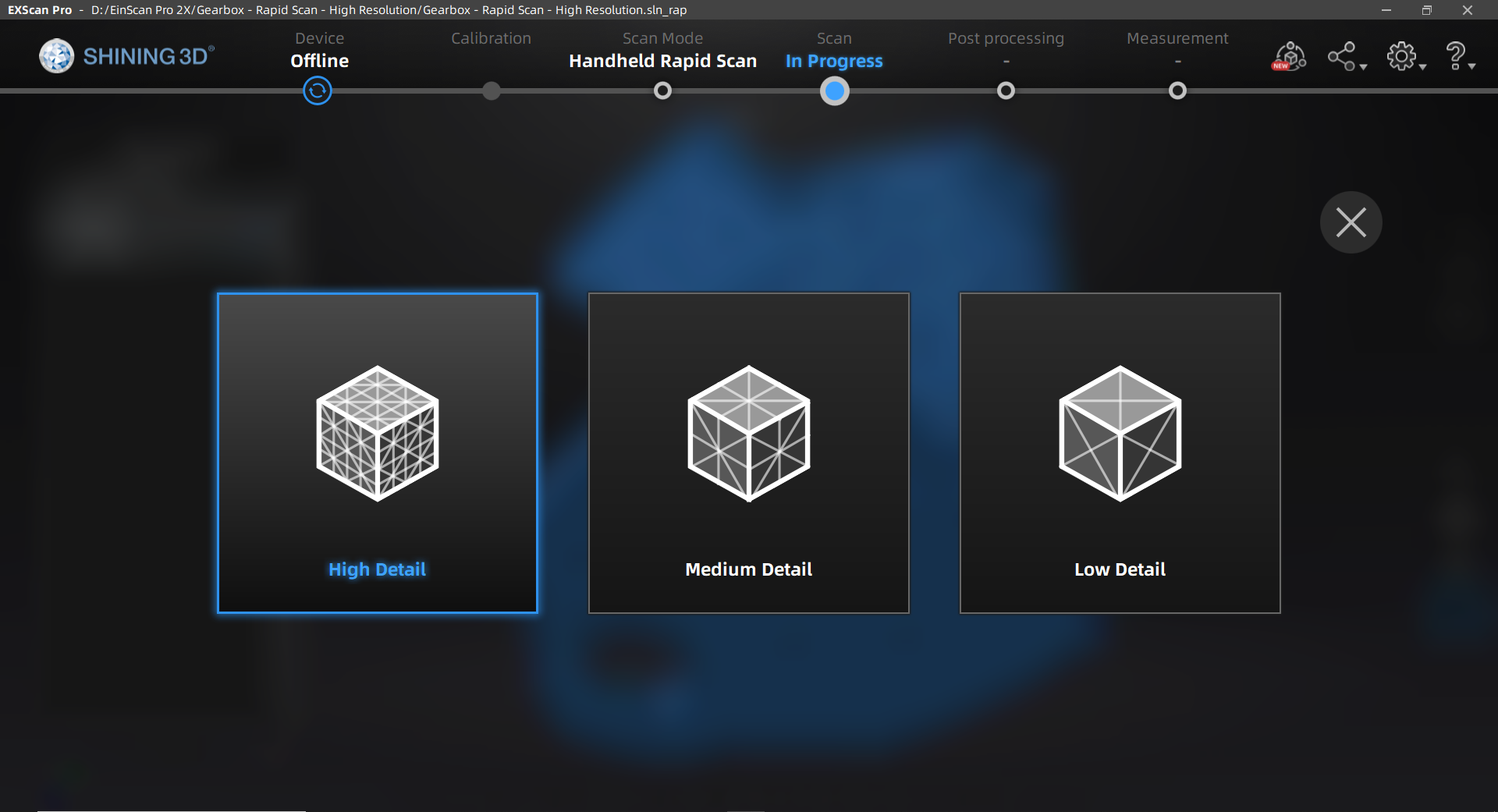 These three values refer to the distance between the vertices of the triangles that make up the mesh. The higher the detail, the smaller the size of the triangles, and the higher amount of these.

Likewise, the higher the detail the more time is needed to compute the mesh.

These differences can be observed in the table below:

The three pictures below show the same detail view of the three different results. From top to bottom: high, medium and low detail watertight meshes.

Small differences between the three different detailed meshes can be perceived. 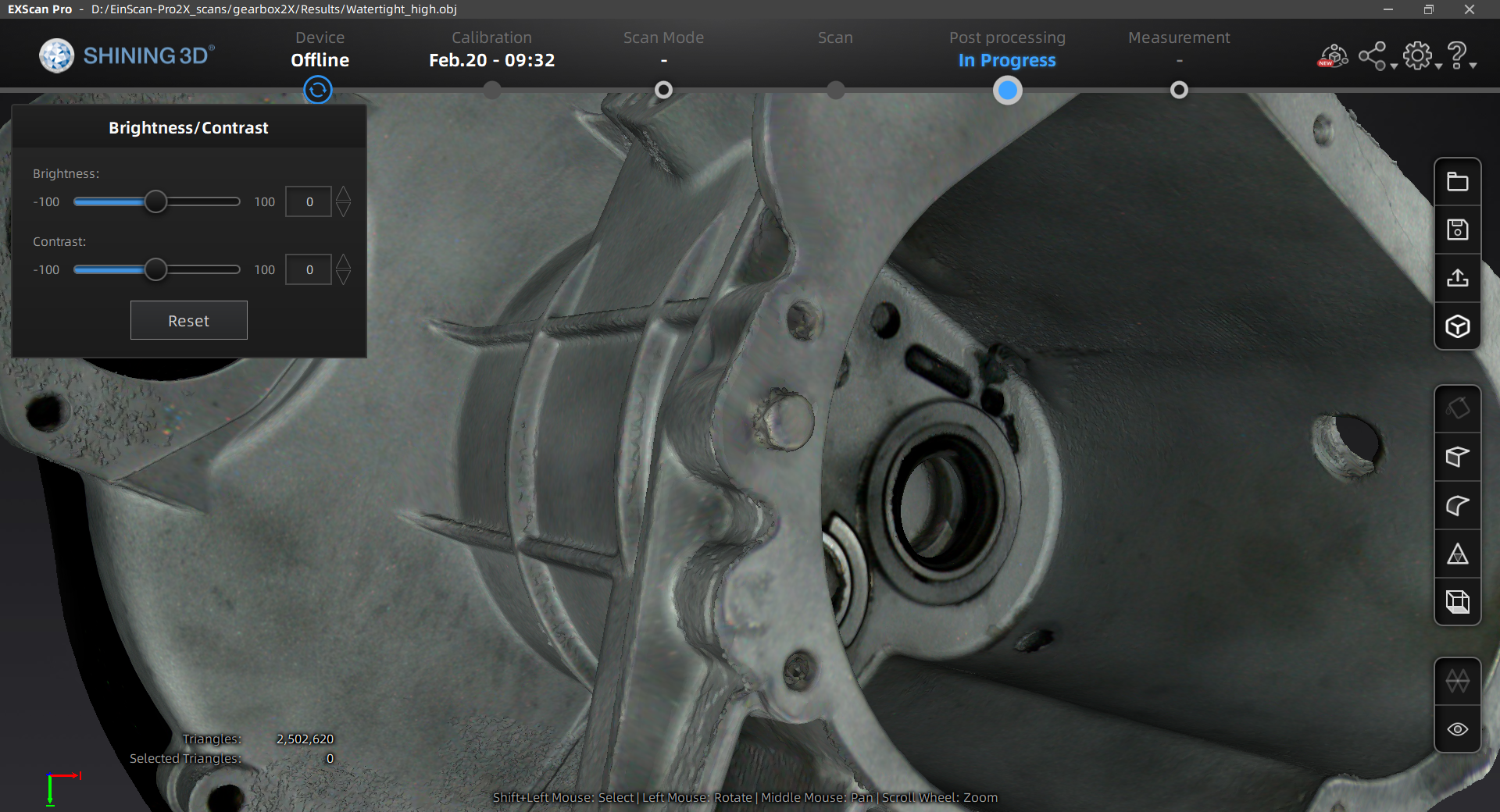 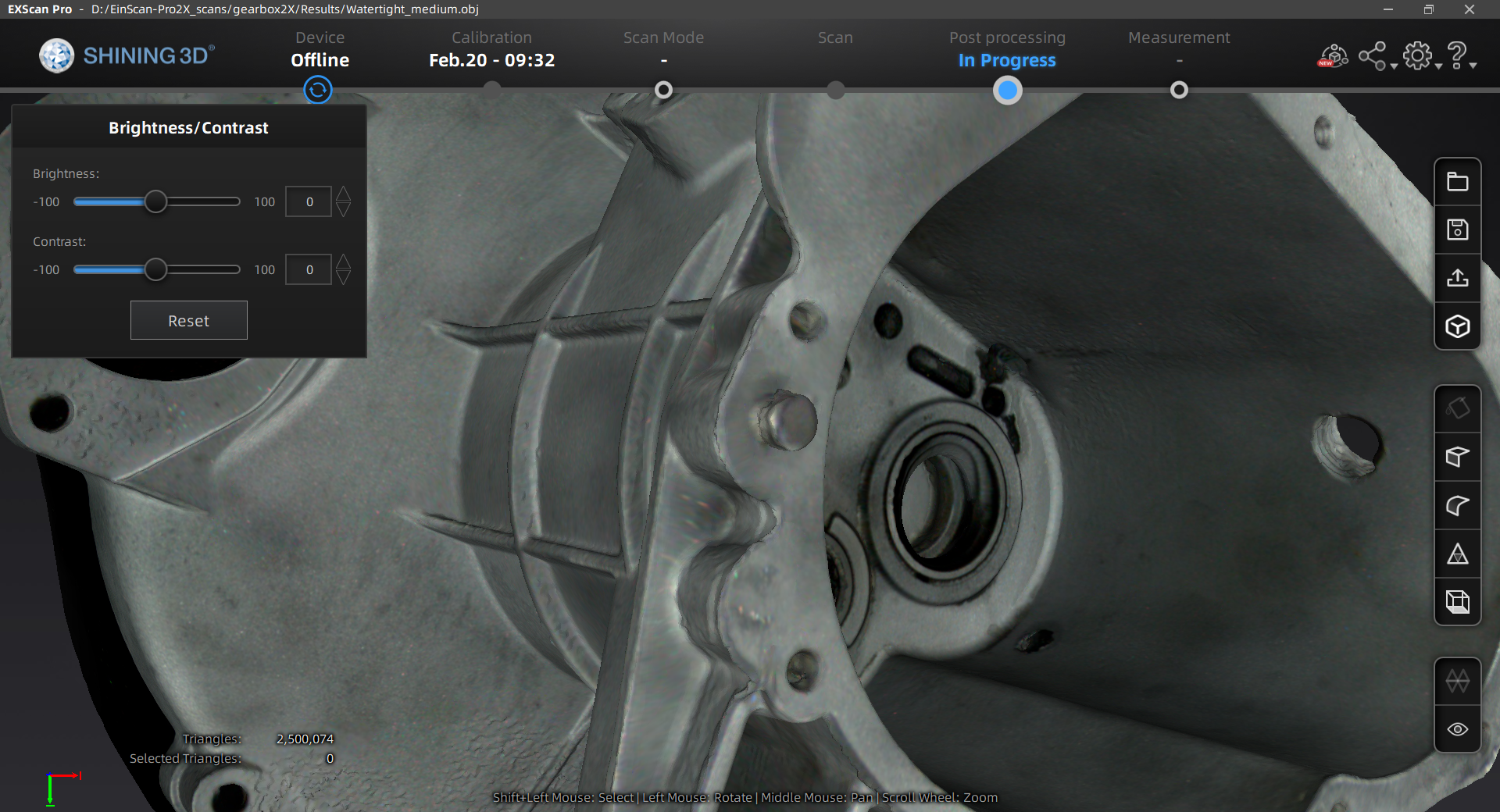 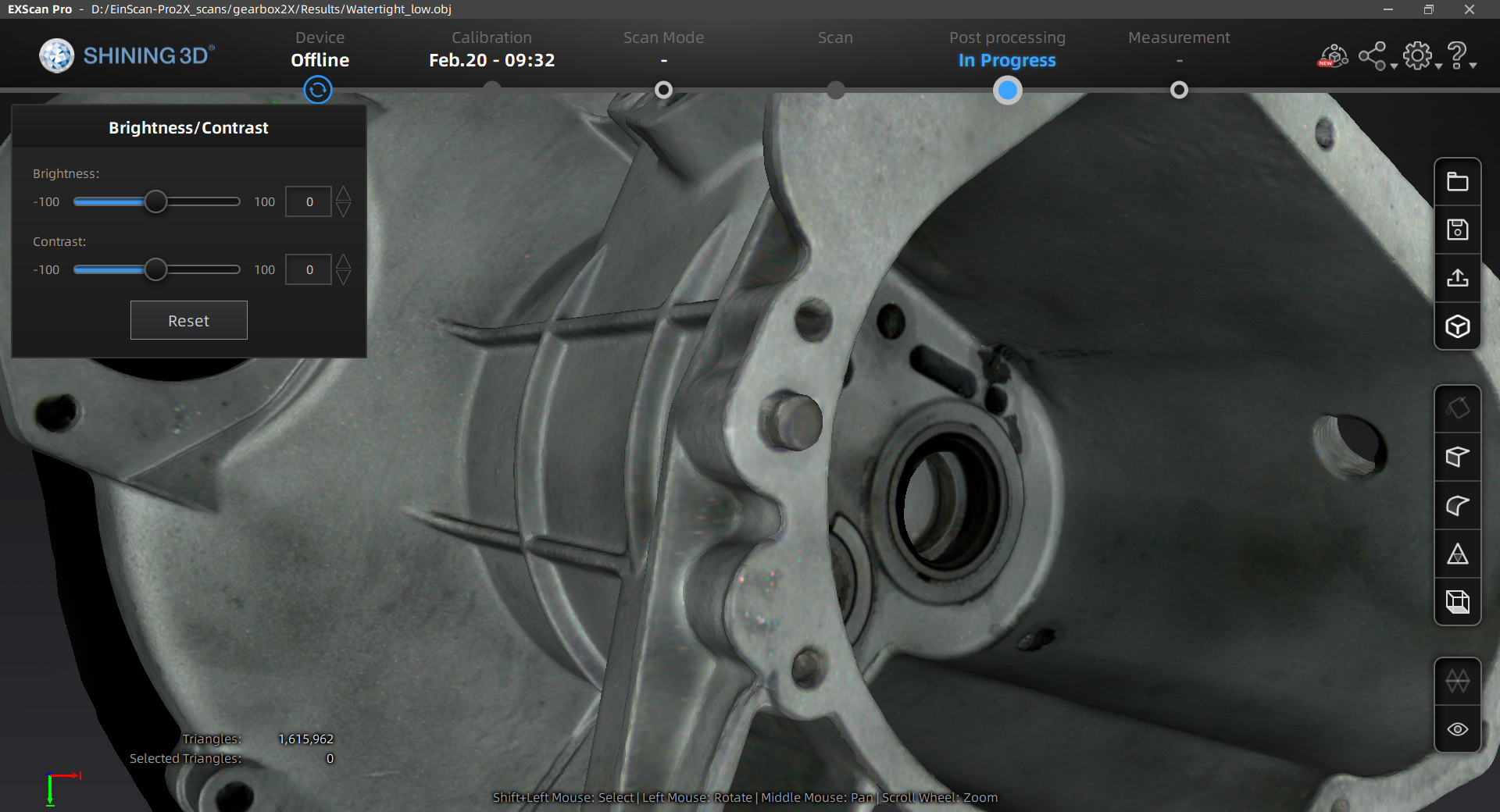 The user has to select the mesh that better meets the requirements of the project and the expected result. Sometimes, the user will have to find a compromise between different features.

Warning: As abovementioned, the watertight mesh will automatically fill the holes based on the scanned data. Observe how the software filled the bottom of the part, which was not scanned.

Obviously the software ignores the real shape of the part. The only available information the software had was an edge, whose points and curvature have been used to generate polygons to close the mesh.

The unwatertight mesh connects only the points within a certain distance and no polygons are added.

Therefore the information that the point cloud contains is not modified and missing areas remain as holes. 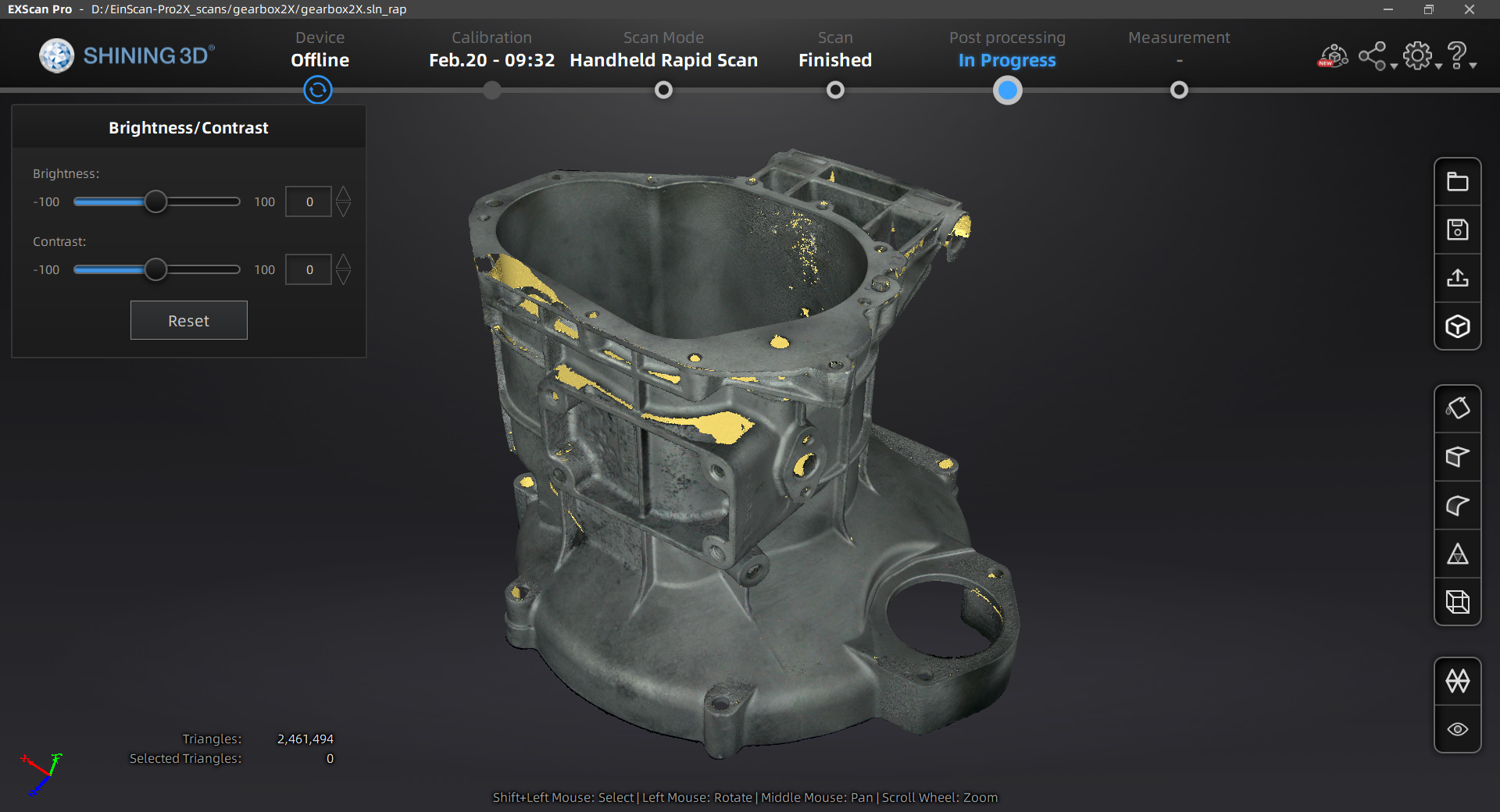 The details for the unwatertight mesh can be found in the following table:

The result is a hollow mesh consisting of only the acquired data by the scanner.

In case a solid mesh out of the scanned data is desired, the user can select the Watertight mesh and choose between three levels for the amount of details, according to the project requirements.

If only the scanned surface is required and further postprocessing or tasks are to be done, then the Unwatertight option is suggested.